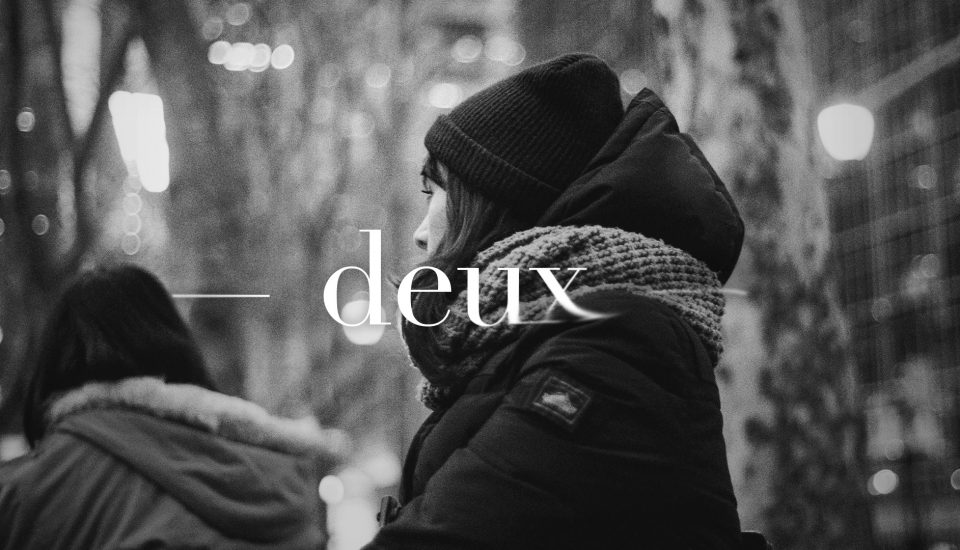 Montréal, near future — Solaris is a public service offering to bring back a loved one to life using cloning. Death is now rare. Months have passed since Ana lost Zach in a car accident. He didn’t want to come back to be a copy of himself. She promised she would respect his will and she tried to move on, but her grief became more and more unbearable. After a long day of work, she stumbled upon a commercial : it’s our right to have a second chance, choose Solaris. Days later, Zach opens his eyes in his bed and realizes she has broken her word. From this new start, they will try to catch where they left everything, but things aren’t going as smooth as before. Why did she bring him back exactly? For him, or for her? Two tells the uncommon  second chance of a damaged spirit in a brand new body.